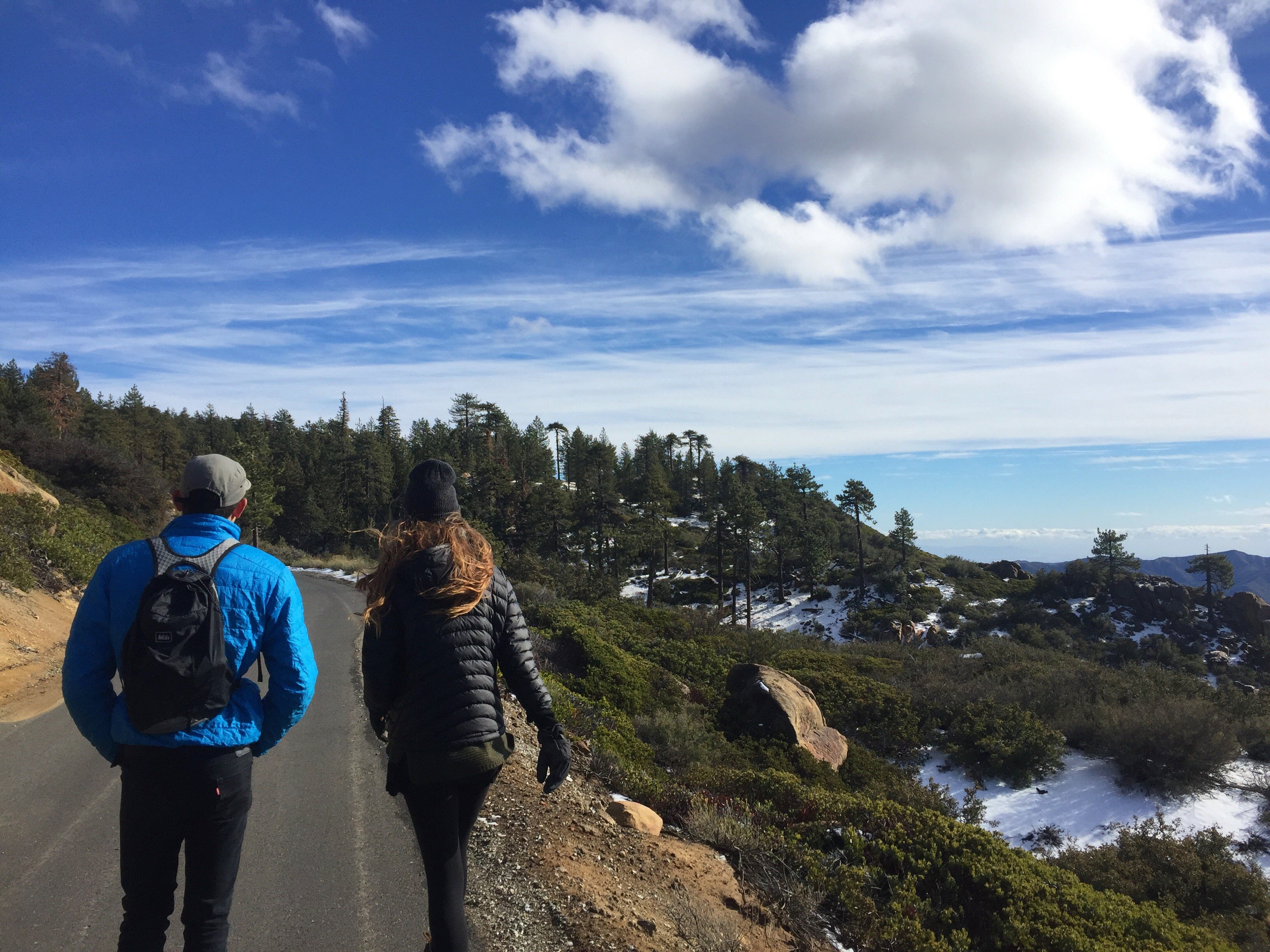 I am sad to admit that only a year ago I found out about this beautiful place called Pine Mountain. I had lived in Ojai for twelve years, with no idea that a pine-covered wonderland was just a scenic car drive away. Pine Mountain is located about an hour north of Ojai on the winding 33. And when I say winding, I really mean it. It’s not my favorite road to drive; in fact, I have yet to drive the road that turns off into Pine Mountain because it’s a narrow road that curves along a cliffside and has many blind corners. But even with the dangerous road entry, Pine Mountain is SO worth it. It’s a beautiful camping, hiking, bouldering, and even picnicking destination.

This December, I got to visit this beautiful area while it was covered in snow. 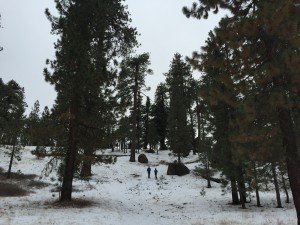 After driving up the highway for about an hour, my brother and Cheyenne and I made our way into the main area of Pine Mountain. We had been planning on driving to the first campsite but found that a layer of ice too thick to drive through coated the road. So we parked the car and started trekking in. It was a slippery and slow walk to the campground. We were all betting on who would slip first (surprisingly, no one actually did) and we made it to the first campground to find more snow than we had hoped for! 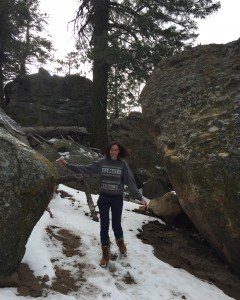 My brother tried to climb the boulders here. This activity is quite the norm for him, he excels at climbing and even has a sponsorship to recognize his talent!

But unfortunately on this day, the rocks were too wet and too cold for great climbing conditions. So we found ourselves throwing snowballs, and taking pictures, and just freaking out about the snow like true Southern Californians. 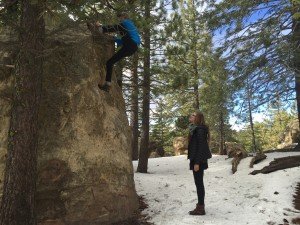 We had heard that a storm was on its way so we kept a watch on the sky. Well Cheyenne did, I was too busy trying to hit my snowball targets. All of a sudden, we looked up and were surrounded by dense clouds. I wasn’t worried though, and kept on frolicking through the snow. But a couple minutes later, Chey pointed to the distance and I realized I could clearly see the layer of fog getting closer and closer to us. It was surrounding us and we got a bit worried that we were going to be caught in the storm, so we literally ran away from the lowering fog, and got back to the car. 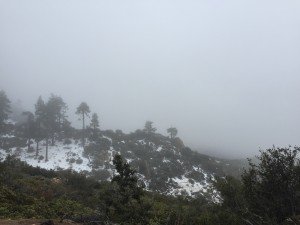 All was fine once we got out of the fog bank. We got to experience way more snow than I thought we would, and that combined with the already beautiful area that is Pine Mountain, made the Christmas season feel all the more wonderful.